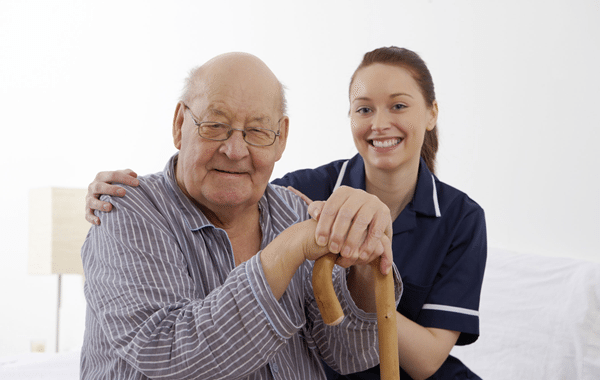 Caring for a loved one recovering from stroke or any neurological deficits can be overwhelming. Our care team can assist you and your loved one prior to being discharged home.

Contact us today for a FREE home modification assessment. You may give us a call directly of complete the inquiry form on this page.

If your loved one has any of the above conditions we will customize a care plan and only assign a caregiver who has been trained in that condition.

Ready to find out more?

Get Help on Info & Pricing

WHAT IS A STROKE? WHAT IS A HEART ATTACK?

A stroke is an abrupt interruption in the blood supply of the brain. Most strokes (Ischemic Stroke which accounts for 80% of all strokes) are caused by a sudden blockage of arteries leading to the brain. Other strokes are caused by bleeding into brain tissue when a blood vessel bursts (Intra-cerebral Hemorrhage). Because stroke occurs rapidly and requires acute attention, stroke is also called a “brain attack”. Sometimes it can be called a “silent stroke.” When the symptoms of a stroke last only a short time (less than an hour), this is called a transient ischemic attack (TIA) or mini-stroke.

Heart attack refers to damage to the muscle of the heart, usually from a lack of blood flow. Most of the time, a blood clot forms in one of the arteries that supplies the heart muscle with blood, blocking the flow of blood. As the heart muscle starves, it begins to die, causing chest pain and other heart attack symptoms.

The effects of a stroke or heart attack are different for everyone, depending on the part of the brain injured, how bad the injury is, and the person’s general health condition. Effects such as weakness, paralysis, problems with balance or coordination, pain or numbness, problems with memory or thinking, tiredness, speaking issues and problems with bladder or bowel control can all change the way a person functions in the home.

When a stroke patient returns home, the home environment can greatly impact a person’s recovery. The home includes the social and cultural environment such as the people who live there, as well as the physical aspects of the home such as steps and layout. It is important that the home environment be one that supports continuing recovery and safety for the patient.

Rehabilitation actually starts in the hospital as soon as possible following a stroke. In patients who are stable, rehabilitation may begin within two days after the stroke has occurred, and should be continued as necessary after release from the hospital.

The long-term goal of rehabilitation is to improve function so that the stroke survivor can become as independent as possible. This must be accomplished in a way that preserves dignity and motivates the survivor to relearn basic skills that the stroke may have impaired - skills like bathing, eating, speaking, dressing and walking.